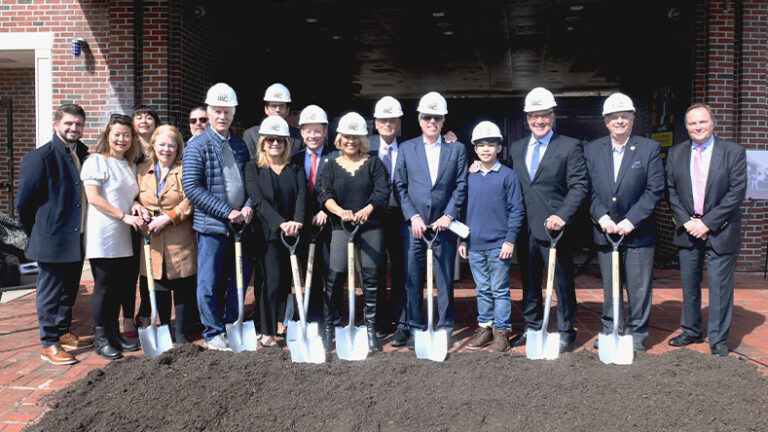 DMR joined bergenPAC’s Founder Frank Huttle, III, board members, Congressman Josh Gottheimer and Rock and Roll Hall of Fame Inductee Darlene Love earlier today to celebrate the groundbreaking and $5 million capital campaign to transform the beloved and historic theater into a modern backdrop for the 200 yearly world-class concerts, comedy events, and dance performances that perform there.

Construction on the first phase of the $15 million renovation project has already begun on areas that were designed by DMR to appeal to bergenPAC’s eclectic audience.  The lobby, concessions/bar area, and a new VIP section with its own entrance will boast a hip vibe through the use of raw industrial design elements—bare beams, exposed brick, pendant light fixtures and visible ductwork—juxtaposed to the refined traditional décor expected in a theater setting. The 1,367-seat theater opened in 1926 as a vaudeville and movie theater and is one of the few such buildings still operating in the United States as an entertainment venue. 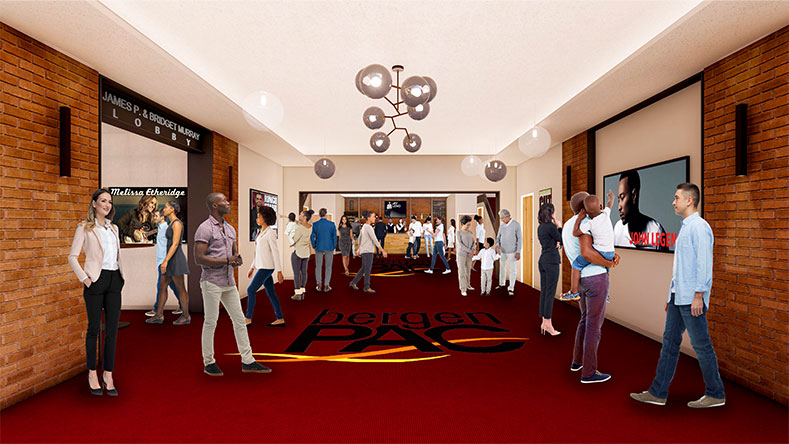 “The redesign of bergenPAC represents an investment in the incredibly talented local theater and arts community members as well as a catalyst for Englewood’s long-term economic stability,” said Pradeep Kapoor, AIA, LEED AP BD+C, Chief Operating Officer.  “We’re excited to apply the knowledge we’ve acquired through our work on previous performing arts centers to guide bergenPAC through the redevelopment, design and construction processes that come together to fulfill the modernization of the traditional night at the theater experience.”

At the event, bergenPAC announced that they’ve successfully raised $10 million; $4 million from donors during their silent phase and a $6 million fund from the County of Bergen. bergenPAC hopes to raise an additional $5 million during their public fundraising phase. This campaign will fund additional enhancements to the theater venue as well as its Performing Arts School that boasts alumni including feature film and Broadway actors.