This N.J. group has been trying to save historic properties for 25 years. Is it working? 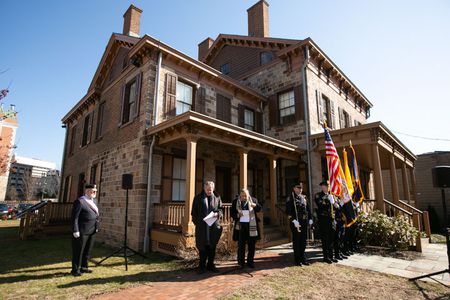 It was 1996 and the historic Jersey City building was not in great shape. The front porch was falling off. Windows were boarded up. There was water damage and the attic was filled with junk—and bat feces.

The Van Wagenen House, also known as the Apple Tree House —prominent due to an unconfirmed claim that generals George Washington and Marquis de Lafayette met under an apple tree on the property to discuss Revolutionary War Strategy—was in danger of being demolished.

“It was just truly in a dilapidated state,” said Courtenay Mercer, who was familiar with the property. “It was uninhabitable at that point.”

But two years later, the city bought the property with the intention of preserving it and designating it as a local landmark. It took nearly two decades, but in 2017, the house reopened to the public with the ability to host events and house the offices of the Jersey City Division of Cultural Affairs and Jersey City Economic Development Corporation.

One group that deserves at least partial credit is Preservation New Jersey, a nonprofit based in West Trenton that supports historic preservation through advocacy and education.

Since its launch 25 years ago, Preservation New Jersey has highlighted 250 historic sites — all across the state and all in varying shapes of decline — that need attention. Through the group’s efforts, and specifically their annual top 10 list, they hope to bring more awareness to historic properties, and eventually make a legislative change that would encourage more historic restoration.

Every year, Preservation New Jersey publishes a list, highlighting the “10 Most Endangered Historic Places in NJ.” The process starts with a public call for nominations in the fall, accepting them up until the New Year, Mercer, the organization’s director, said.

A committee of historic preservation experts start fact-checking the nominations in January and decide which properties go on the list, up until April. The committee then writes up paragraphs for each nomination and releases the top 10 list in May, she said.

The group has done this for 25 years, with varying degrees of success, Mercer said. Of the 250 sites since the start, roughly 15% have been “saved” in that they’ve been restored and are getting use, she said.

Another 15% have been lost, and then “everything else is kinda in the middle, in various degrees,” she said. The other categories they use to classify properties—critical, progress made, endangered, etc.—are more fluid.

So for example, critical is right before lost forever, Mercer said.

“It’s so deteriorated that if somebody doesn’t come in there, soon, it’s a lost cause,” she told NJ Advance Media, “versus progress made, would be we know that they got a grant and it’s not restored yet, but there’s a movement, or somebody bought it and has said they plan to restore it.”

Celebrating their 25th anniversary at an upcoming gala in March, Preservation New Jersey sees its advocacy work as an important part of preserving the state’s history, one local property at a time.

“We don’t have the capacity to fight for all the structures in New Jersey. They need someone locally-minded and so generally, when we select the sites, we try to make sure there is somebody interested in saving it and our public relations effort helps galvanize efforts to help in the grassroots effort,” Mercer said.

A lot of the properties are in danger of being demolished due to development pressure, Mercer said. There’s also a lack of funding for these types of properties, both to maintain and restore them, which has not changed since Preservation New Jersey’s start.

“Maybe the locations have shifted a little bit. As we’re seeing our urban centers revitalized, we’re seeing more pressure to tear down structures in the cities and downtowns,” she said, “but the reasons behind it has not really changed, nor the number coming in every year.”

For example, if a property is on the historic registry, there are stricter guidelines for restoration, including needing to submit the intent of the renovation to the state, explained Francis Reiner, an urban designer and partner at DMR Architects.

This is compared to a property that may have historical value but isn’t actually on the register, so it’s more flexible what you can do to the property. DMR Architects helped convert a 140-year-old former Masonic temple in downtown Hackensack to a performing arts center, Reiner said. 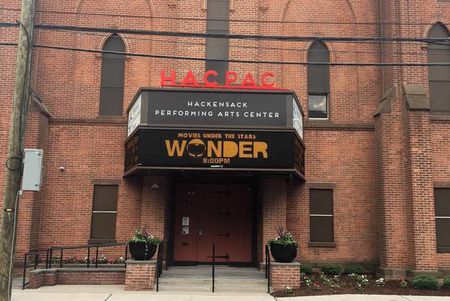 A 400-year-old former Masonic temple in downtown Hackensack was converted into a performing arts center.

They kept the exterior and architectural style of the building intact and gutted the interior of the building. They also assessed the structure, making sure the second floor was capable of handling live loads of audiences and the whole building was up to code.

“Because it was not historically registered, we were able to make those changes and do those things and put back something that really benefits the community,” Reiner told NJ Advance Media.

Cost is another potentially prohibitive factor of designating and preserving these properties.

Funding has always been an issue, although that part has gotten slightly better in recent years, Eric Holtermann, an architect who worked on the Van Wagenen house, said.

“(New Jersey) is a state where labor costs are high,” he said. “Careful restoration work can be costly. (But) there’s just a general recognition that buildings are important enough and a pretty good movement for trying to save these buildings.

“Still, all over the state, buildings that are viable are knocked down,” he added, “(because they’re) more convenient in the short term.”

Despite these challenges, some experts believe that it has actually gotten easier to save properties over the years.

David Listokin, a professor who specializes in historic preservation at the Edward J. Bloustein School of Planning and Public Policy at Rutgers University, said there’s been increased interest in restoring these types of properties, which reflects a change of attitude.

“It is challenging. Older properties have their needs,” he told NJ Advance Media. “You have people sometimes….chasing at a public body having oversight over their properties, but there’s clearly been a sea change in terms of growing interest in historic properties and a desire to preserve them.”

Listokin pointed to the old, original Pennsylvania Station as an example of a catalyst. Stunning, classic design, soaring ceilings, a “one-of-a-kind,” Listokin explained about the original building, which was knocked down in the 1960s. 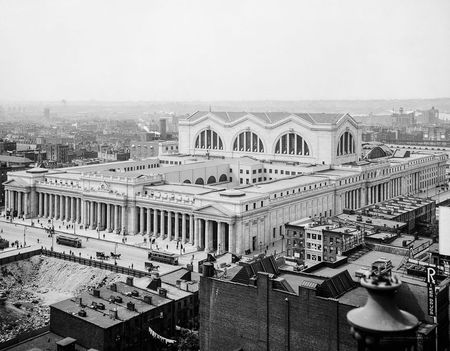 The demolition of Penn Station, Listokin said, sparked a growing recognition that the loss of historic properties is “really a loss to society.” Not long after the station’s demise, New York City established a local landmarks commission.

“And the reason why I mention that is that of course, now when you go into Penn Station, you have a very different experience,” he said.

People also recognize maintenance of historic properties may benefit the public in the long-term. Mercer pointed to the Statehouse as an example.

“They let it go for so long and then it became a multi-million dollar project and had to be closed for X number of years,” she said. The Statehouse is currently undergoing a controversial $300 million renovation launched by former Gov. Chris Christie.

Moving forward, Preservation New Jersey aims to continue raising awareness of the threats that historic properties face. The organization wants to bring in new members who are interested in preservation, not just the “frequent fliers” who participate in the community, Mercer said.

At the March gala, the organization is premiering a documentary it created commemorating the 25th anniversary of the “10 Most Endangered Historic Places in New Jersey” lists. The documentary features people who were closely involved with three properties that were recognized over the years.

Preservation New Jersey is also pushing for a state historic preservation tax credit, which would allow a credit on the expense of restoring a historic property. The proposal is part of a five-bill package Gov. Phil Murphy touted last February to overhaul tax incentives in the state, NJ Advance Media previously reported.

However, the tax credit does not currently exist—it is still a proposal. New Jersey is one of only 13 states that doesn’t have a tax credit program for historic restoration, Mercer said.

“It helps the property owners bridge that gap of restoration. If there are more resources available, hopefully there will be fewer endangered properties.”

Lloyd Rosenberg Listed Among the “Real Estate Power 50” by NJBIZ