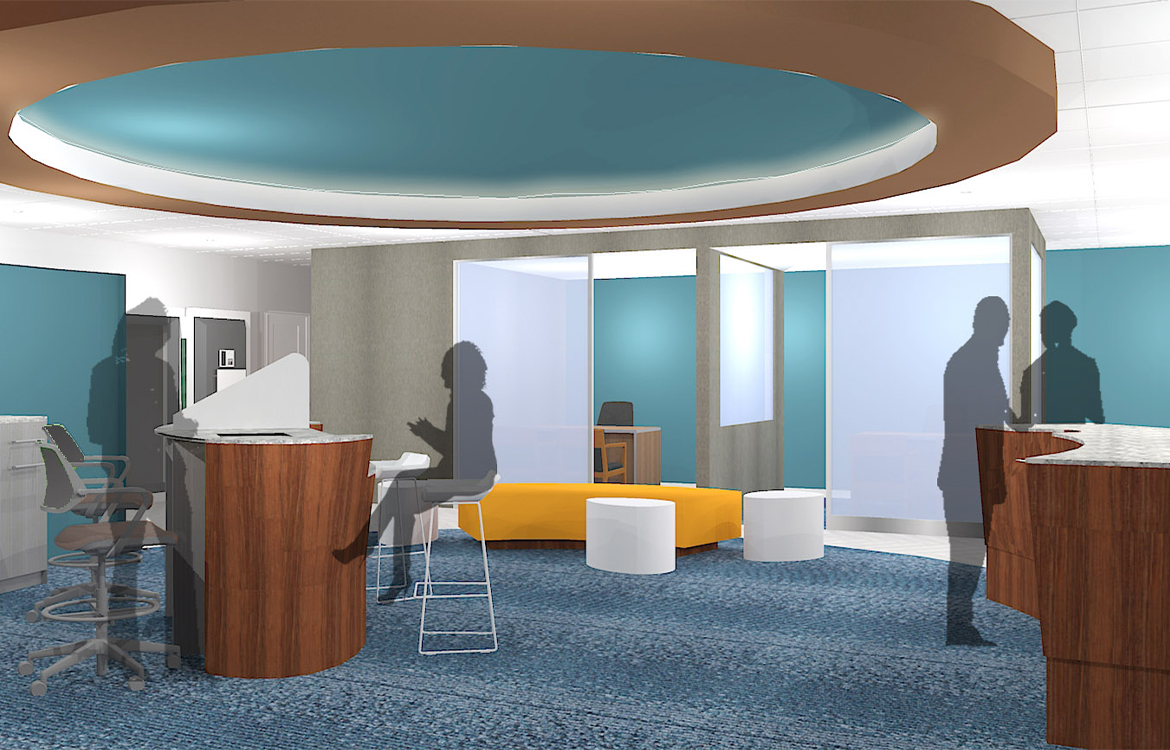 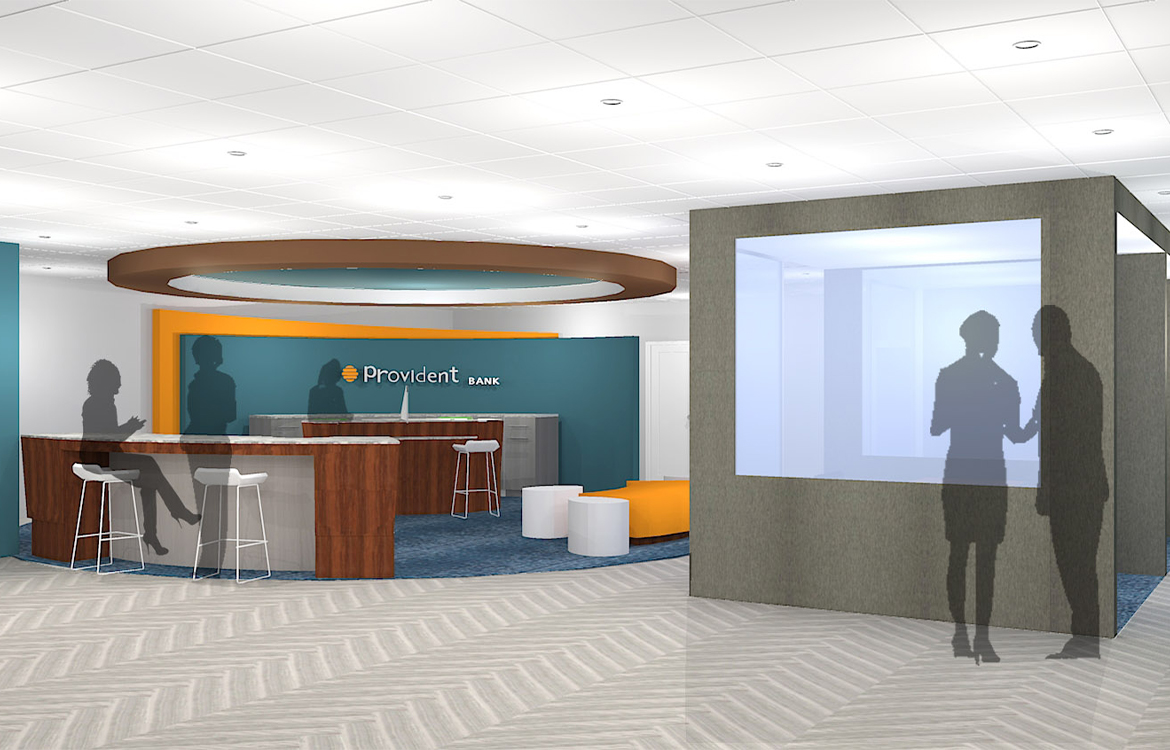 DMR has worked for The Provident Bank since 2010, providing professional services for renovations to more than 30 of the bank’s New Jersey locations. These services included renovating the locations to adapt to a previously established prototype through efforts such as replacing teller stations, lighting, finishes and furniture.

In 2019, DMR was retained to reestablish the bank’s prototype to better embrace their brand identity though a more modern design. This was achieved through design elements such as accent colors that reflect the bright colors of the bank’s logo, feature walls and teller pods, a more open and engaging area for tellers and customers to interact. The prototype also includes more space dedicated to a welcoming area for customers, with a technology bar and self-serve coffee bar.

The new prototype has already been implemented at several branch locations, including Piscataway, Monroe, Madison, Speedwell and Morristown, with additional branches either under construction or in the planning stages. A phased construction approach will ultimately renovate each of the bank’s 80+ branches to incorporate the new prototype over the next several years.