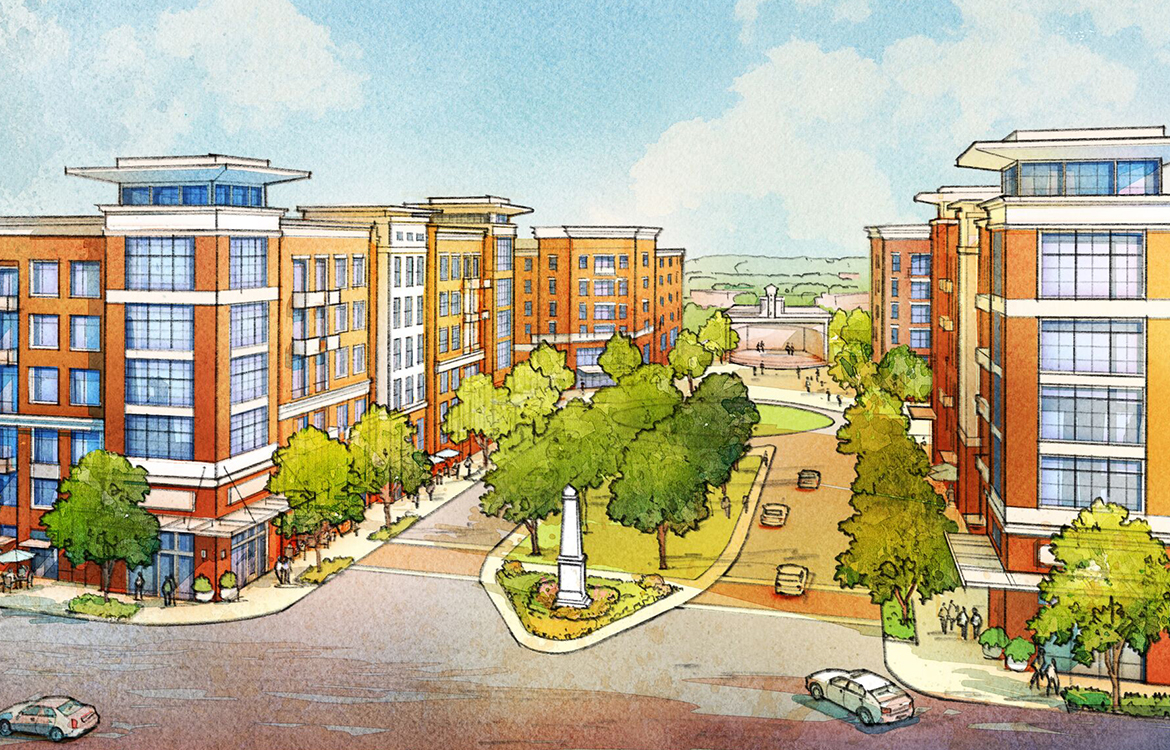 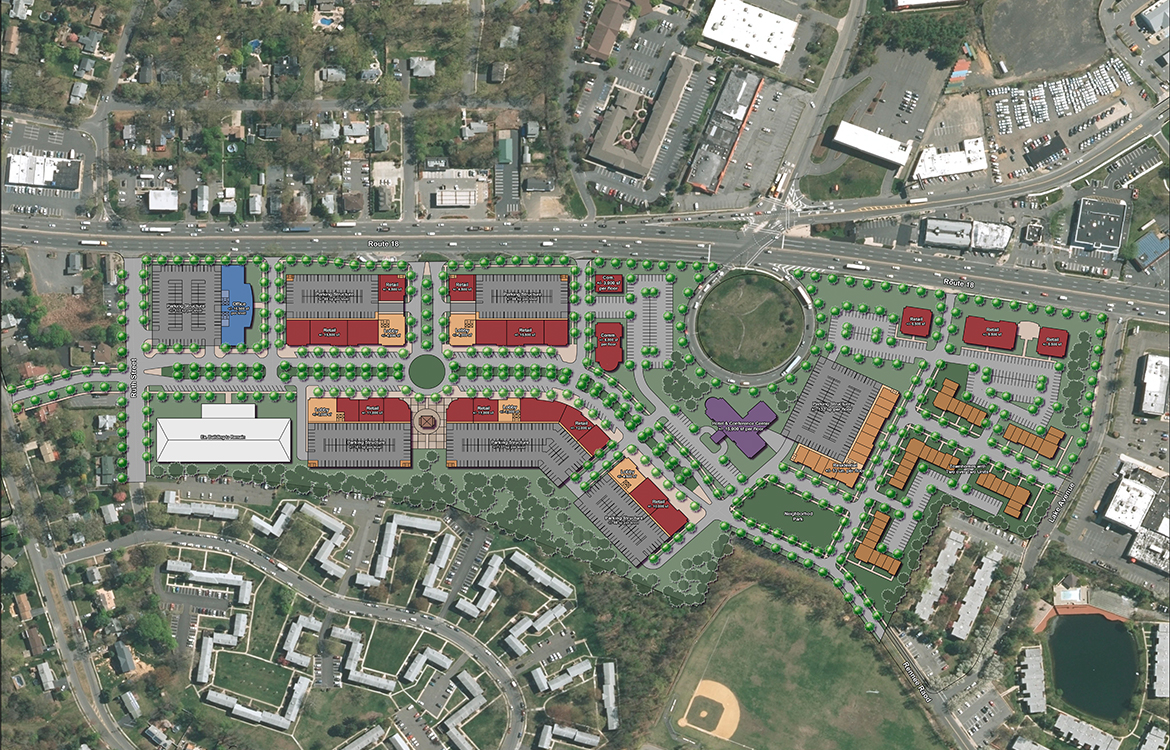 The East Brunswick Redevelopment Agency retained DMR to develop several redevelopment plans on numerous tracts of land within the Township.

On one of those tracts, 88 acres that includes the Route 18 shopping center and Loehmanns Plaza, DMR developed a redevelopment plan that will bring these lots, all currently under performing or vacant, to life. Despite traffic of more 100,000 cars daily, Route 18 has one of the highest vacancy rates in the State, a challenge that the Township needed to address among other issues including a lack of a downtown center, a growing suburban population and a high volume of commuters who travel to the Township on their way to New York City.

As part of this effort, DMR developed multiple concept plans which called for a town center, including 95,000 square feet of retail, 700 units of residential, 62,000 square feet of office space, and a parking structure. The plan also includes a hotel, a boulevard and open space.