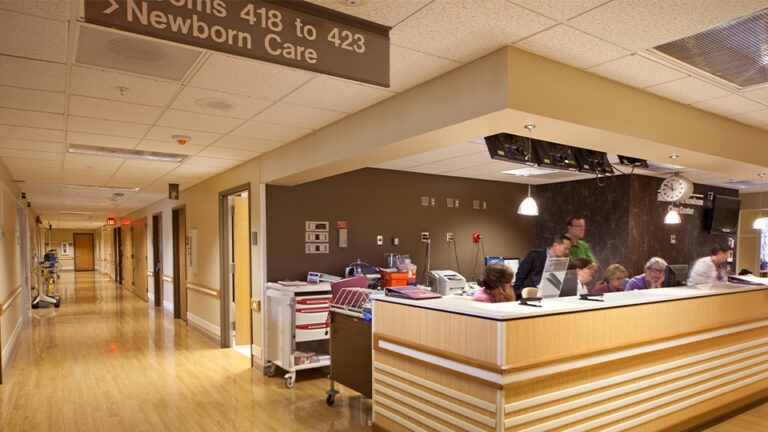 For DMR Architects, a relationship with Robert Wood Johnson Health System goes back 15 years and spans more than 20 projects—from nursing stations to a nuclear medicine facility.

And much of that work came before the sea changes affecting today’s health care sector.

It’s one reason why Lloyd Rosenberg sees the industry as a potential growth area for his Hasbrouck Heights-based firm. With shifts in how and where health care is delivered, he’s confident those changes will translate into new space needs and new requirements for the design community.

“We hope it’s a growth area,” said Rosenberg, the firm’s CEO and president. “We think there’s a lot of opportunities that are coming out of the changes that are being made, and we’re trying to stay on top of it and keep everybody happy.”

One of DMR’s most recent projects is especially reflective of one prominent trend: mergers and partnerships in New Jersey’s hospital sector. The firm has designed and is now overseeing construction of a 55,000-square-foot building in Bridgewater for Hunterdon Healthcare, which is expanding in Somerset County under a partnership with Atlantic Health System.

Plans call for renovating a three-story former Bank of America building on Route 22 and retrofitting it to include medical offices for a host of specialists from both systems, an ambulatory surgical center and an imaging center. Completion is slated for the end of this year.

It’s one of two projects DMR is doing for Hunterdon Healthcare—with the other being in Washington Township, Warren County—and Rosenberg said the plans reflect the changing mission of the industry.

“It’s become more competitive now, (and) it’s more evident now that health care is expanding into where people are living, as opposed to everybody going to the hospital,” he said. “Now most of the surgeries and other things are done in outpatient facilities.”

For its health care clients, Rosenberg DMR is often helping with programming—determining what their needs and space requirements are, while potentially planning beyond the current project.

The project called for renovations to three floors that are 2,000 square feet each, with the aim of enhancing the efficiency of the nurses and making it more aesthetically pleasing. DMR recently was hired to redesign the 3,500-square-foot first floor of RWJ’s Somerset Street office building.