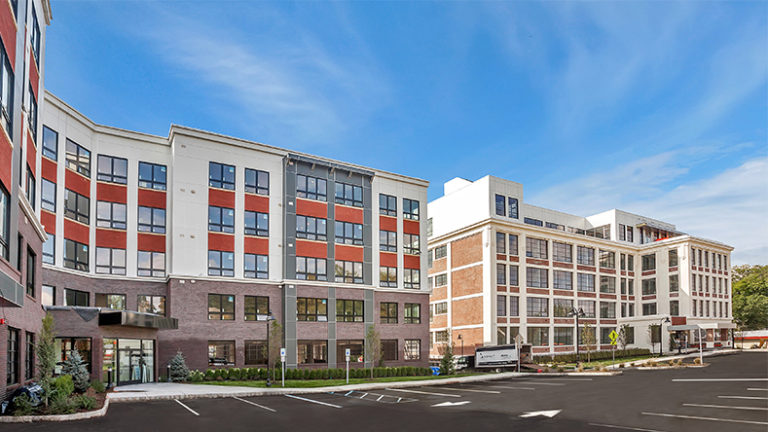 The rehabilitation of the former Annin Flag Factory and completion of a new sister building at 151 Bloomfield Avenue into Annin Lofts marks a new standard for luxury rental options in Essex County.

The 60 apartment homes in the second building complements the first with large windows and expansive floorplans but with finished walls and ceilings for those going for a more traditional vibe.

“Annin Lofts is the only residential rental option in the area that offers homes in a rehabbed historic building and a brand-new build in the same place,” Edward Russo, CEO of Russo Development, said.  “Our design team seamlessly married the vintage industrial vibe with modern conveniences to meet the market’s desire for diverse and unique living spaces.”

“Converting a 100-year old industrial building into modern, diverse living spaces always presents unique challenges,” Donald N. Dinallo, President and CEO of Dinallo Construction Corporation, who built the project, said. “Each apartment home has something special—a private outdoor space, original materials, or an imaginative floorplan—providing a distinctive canvas for residents to make their own once they move in.”

DMR designed the project, which includes a sixth floor penthouse structure to the Annin building to accommodate a large indoor club room and two outdoor entertaining spaces that residents of both buildings can use. The design also included four penthouse homes with wrap-around porches and 180-degree views of the surrounding valley.

The name of the project was chosen to respect the legacy of Annin, the largest and oldest flagmaker in the United States. The Annin Flag Company occupied the property from 1919 to 2013 where it made numerous flags of historical significance including those flown atop Mt. Suribachi during World War II, on the moon during the Apollo 11 mission, and during America’s bicentennial celebration in 1976.