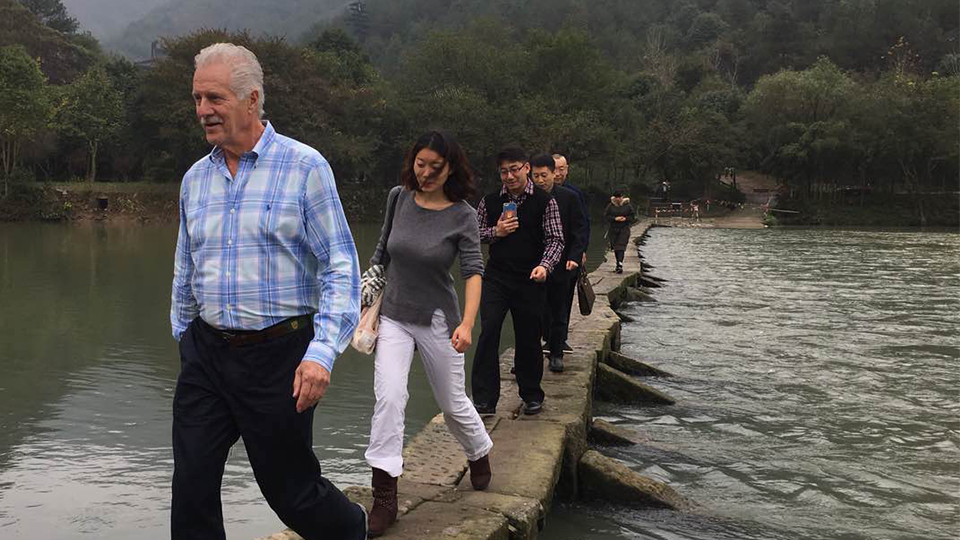 In mid-November, Lloyd Rosenberg was a long way from his home state of New Jersey.

But perhaps it takes that kind of journey to see what he saw during his 10-day trip in China, one that included tours of several breathtaking, historic villages in the southwestern region of the country.

“They were absolutely magnificent,” said Rosenberg, CEO and president of DMR Architects, in Hasbrouck Heights. “They were built on hillsides, built on rivers—it was spectacular.”

For Rosenberg, they are among the lasting images from a trip that could help grow his firm’s presence in China. DMR has since partnered with a Beijing-based architecture firm, Long On Group, in submitting designs for a rail-served 24-acre site in Lishui City that the local government hopes to redevelop.

The proposals, which are due this week, aim to transform the area around a high-speed railway station into a tourism destination that will include hotels, retail, restaurants, entertainment and public ground transportation.

“It’s not dissimilar to us.”

But as Rosenberg’s firm gets involved in redevelopment overseas, his trip also allowed him to weigh in on how to preserve China’s history.

This involvement stems largely from Rosenberg’s longtime friendship with James Jao, a fellow architect who once practiced in New York City before moving to Beijing more than 25 years ago. DMR has done consulting work for Jao’s firm, Long On Group, prompting Rosenberg and his staff to visit China several times in recent years.

His most recent visit took place in November, when he was invited to speak at the Qindongnan Conference on Preserving the Traditional Chinese Village. Appearing before some 500 senior government and planning officials, Rosenberg said one of his main objectives was to explain the process of preserving historic buildings and sites in the U.S., with the idea China could adopt such an approach for its own small villages that are exponentially older than anything in his home country.

“We have a method in place that exists that seems to work,” said Rosenberg, who was “honored to be able to speak as a representative of the architectural community” in the U.S. “And if they want to model something, it’s a model that could be replicated.”

He noted that the U.S. approach is often tied to tourism and entertainment, which presents one avenue for preserving China’s older villages as residents leave to pursue education and jobs in more urban areas.

For Rosenberg, the trip was bookended by private tours of villages in southwestern China, including Guiyang, Kaili City, Qiandongnan and Lishui, he said. The journey offered him a different perspective from his previous visits, which were tied to DMR’s master planning work for a 420-acre community in Shanghai’s Xin Jiang Wan township.

That plan included residential housing for 16,000 residents, a pedestrian retail strip, community and recreational facility, school building and office park, Rosenberg said. The project features include streams, rivers, lakes and landscape that connects one back to nature, which he said is at the heart of the Chinese culture.

It’s an example of the importance of towing the line between redevelopment and preservation in China, a dynamic that DMR Architects now has in mind as it seeks to do work in Lishui City and elsewhere. 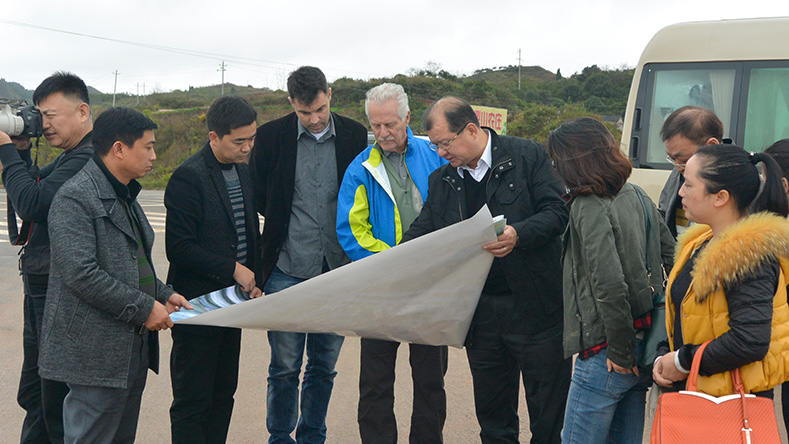 DMR sees opportunity to grow the firm in China

In mid-November Lloyd Rosenberg was a long way from home.

Click here to read a recap of Lloyd’s trip to China, originally featured in NJBiz.

Recent Posts
Recent News
Recent Press
Login to DMR Architects
Reset Password
Enter the username or e-mail you used in your profile. A password reset link will be sent to you by email.