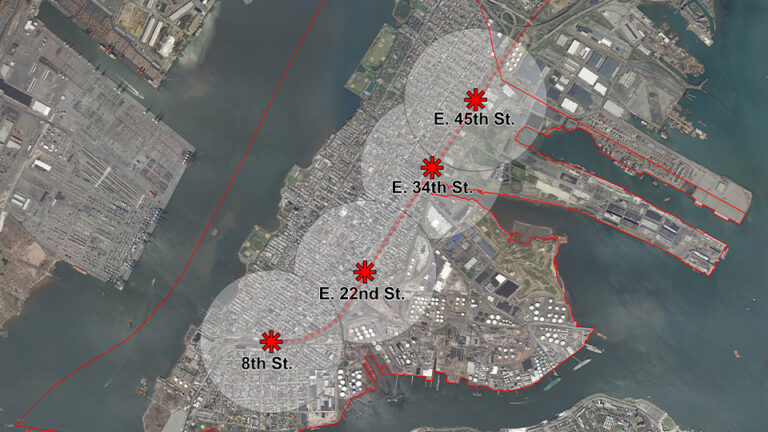 BAYONNE — Rarely does a public meeting in the City Hall’s Council Chambers go without minor squabbles, rising tensions, and even full-blown arguments.

Several dozen residents attended an open public workshop to discuss the draft of the city’s new Master Plan and give their opinions of future development in the Peninsula City.

After a quick synopsis of the plan’s central suggestions, residents broke up into teams to discuss their opinions on the proposal, as well as specific aspects of the city. They then presented their consensus to the rest of the attendees.

A Master Plan is a legal document adopted by a municipality roughly every 10 years that provides long term goals for development, preservation, transportation, and other aspects of the city’s future.

The workshop was headed by Francis Reiner of DMR Architects, the architectural firm hired by the city to design the plan.

The 175-page document, which is available to read on the city’s website, covers practically every facet of the municipality, but the main focus of the plan is development and where it should be prioritized within the city.

Reiner, who along with his team has been working on the plan for more than a year, summarized the proposal’s suggestion to prioritize development in specific areas called “Station Area Plans” near the city’s light rail stations on Eighth, 22nd, 34th and 45th streets.

“The question is how do you encourage appropriate development (and) how do you protect the existing one- and two-family homes from development occurring right next to them,” Reiner said during the workshop.

He added: “The report really talks about focusing development into a few limited areas in Bayonne and no longer having this kind of piecemeal development… What we’re recommending is that there are clearly identified areas where development should occur in Bayonne… So the goal here is to focus development into those zones that are appropriate so that we can preserve the existing residences and neighborhoods.”

After the presentation, workshop attendees broke up into four groups to discuss the plan and to provide their own suggestions, which Reiner and his team will use for a revised draft that the city will post on its website.

Residents discussed a number of aspects of the Station Area Plans, including suggestions on the size of the development zones.

Peter Franco, a resident of the city who was speaking on behalf on one of the groups, said they wanted to reduce the targeted areas of development from one-quarter mile radii surrounding the stations to one-tenth mile radii.

There were also suggestions regarding the plan’s proposed rubber trolley that would serve to transport pedestrians east and west from the train stations to Avenue A in order to alleviate parking congestion in the city.

“I think everybody recognized the need for the east-west connection but nobody was particularly approving (in our group) of the trolley plan in its current incarnation,” said Laura Wildes, a resident representing one of the groups.

Other groups, however, said the trolley would provide the city with an “old-fashioned” feel.

Groups were also largely in consensus that the plan’s height recommendation for new development projects—eight to 10 stories—was too high, and five to six stories was about right.

Development wasn’t the only aspect on residents’ minds: participants discussed abandoned religious sites in the city, the need for an assisted living facility for seniors, the longevity of PILOTs given to developers, etc.

But all of the groups pointed to the completion of the Hudson River Walkway and the Hackensack River Walkway, as priorities for the city.

The Hudson River Walkway—which in theory would extend from the George Washington Bridge down to First Street of Bayonne—is incomplete largely due to the old industrial sites on Bayonne’s eastern waterfront. But the Hackensack River Waterfront has potential to be completed with no interference. Resident even suggested establishing commerce on the city’s western walkway.

“What we may not get on the east side, we can certainly get on the west side and I think it would be appealing for the community to have,” Franco said.

After writing a revised draft, Reiner and DMR Architects will present it to he city’s planning board and city council to vote.

Reiner said the firm would like to have a final plan for approval by the council by the end of the summer.