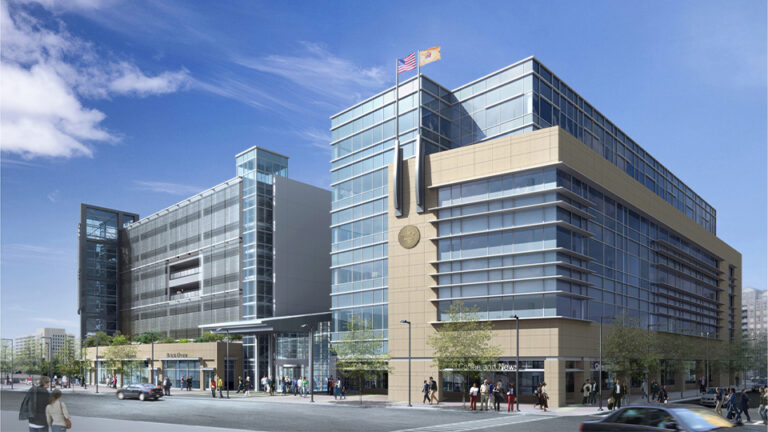 New state law for public-private projects is an opportunity for design, construction firms

A new state law could be a game-changer for municipalities, school districts and other government entities, allowing them to tap into private capital for new facilities or infrastructure.

It could also be transformative for New Jersey’s design and construction industry.

The law, which took effect in mid-February, expands the use of so-called public-private partnerships in the Garden State, allowing public entities and agencies to enter agreements with the private sector for building or infrastructure projects within their jurisdiction. As part of the arrangement, the private entity assumes the financial and administrative responsibility for the development, construction and other improvements tied to the project, while the public agency makes regular payments during the length of the agreement.

The agency or entity then assumes ownership at the end of the agreement period.

“This is the future,” said Lloyd Rosenberg, CEO and president of DMR Architects in Hasbrouck Heights. “This is a very important thing for our firm to embrace and to develop, so we’re putting all of that together to attract municipalities or counties to turn over some of their projects, instead of going the traditional way.”

The law also provides a new opportunity for companies like DMR that have experience with so-called design-build projects, a procurement method in which architects and contractors bid together from the beginning. Design-build, which allows for greater predictability and better efficiency, has long been a favorite of state agencies such as the Schools Development Authority, but could be more widely adopted under the public-private partnership law.

As Rosenberg noted, the statute allows for design-build procurement by municipalities, school boards and state agencies, but in an expanded form that also includes plans for financing and operating the project. That framework also allows towns and school districts to avoid voter referendums, which can derail large capital projects in spite of an overwhelming need.

And while the law still requires procurement, the public entity is not required to select the lowest bidder. That can minimize issues such as change orders and other delays.

“You eliminate the public referendum and you eliminate the low-bid contractor,” Rosenberg said. “And they are two of the obstacles that have always been in the way for many communities to get things done.”

The so-called P3 legislation, which Gov. Phil Murphy signed into law last summer, expands a popular law that has helped reshape several of the state’s college campuses in recent years. Public institutions such as The College of New Jersey, New Jersey City University and Montclair State University have partnered with developers to build new facilities on state-owned land, in an effort to modernize their campuses without added tuition hikes.

DMR is especially well-positioned to tap into the new statute. Its leadership team also includes Charles Sarlo, its general counsel, who is also vice chairman of the state Economic Development Authority and helped vet many higher education projects under the previous law. The firm’s director of business development, Colleen Mahr, is the longtime mayor of Fanwood and is the president of the New Jersey State League of Municipalities.

Real Estate NJ spoke with Rosenberg, Sarlo and Mahr recently about the opportunity with the new legislation.

Real Estate NJ: This is a long-awaited expansion of the 2009 law that helped so many state colleges and universities. Who else do you think will share in those benefits under the new statute?

Charles Sarlo: It’s counties, school districts, municipalities, improvement authorities, housing authorities, fire commissioners (if they’re independent). It’s very broad — it’s anything that has a public purpose that can be used by the public. So it’s not only vertical infrastructure. It’s the roads and the bridges, but it could also be parks, it can be libraries, school buildings. It could be a boiler replacement for a school — it could be as simple as that. Someone may even stretch it and say senior housing, if the senior housing has a public purpose for particular municipality. Like any new law, there’s gaps in the law that could be tested in the courts, so we’ll see.

RENJ: When it comes to expanding beyond the design-build concept, how important is the added component of a private-sector entity being responsible for financing and maintaining a project?

CS: The theory there is, if you’re a public entity looking to do a project and it’s the typical design-bid-build, you may have a certain budget that you want to fit in initially to keep your bond issuance down. But maybe the quality of the project to fit in that budget may get you through a 10-year life cycle.

If you’re now the PPP developer and design team and you have to actually build into your cost a 30-year lifecycle or a 20-year lifecycle — whatever the financing works out to be — you don’t want to build it and in 10 years, you have to replace that floor or that system or that roof, because the margin to replace it is going to be inherently higher than at the time of construction. If it costs you 10 percent more for a better product, you’re going to put that 10 percent more in rather than going back in year 10 or 11 and ripping off the roof and putting a new one on. So that’s where the value proposition comes into play.

RENJ: For local officials who are skeptical about these types of partnerships, how can you leverage the success that colleges and universities had under the 2009 law?

CS: If you’re a mayor and council, you probably did not pay attention to what went on there. So I think those are good case studies that, as we talk about it, we have to talk about the successes and the private investment that it brought and the fact that those projects probably would not have gotten done without the PPP process.

RENJ: Let’s look at it from a developer’s perspective. Is there a cluster of developers out there that are already comfortable with these types of public-private projects?

CS: There are national players out there that do PPPs. The minimum threshold right now for them to do a project is $50 million. Now, in New Jersey, a lot of the infrastructure that municipalities and counties have are not $50 million projects — a police station (for instance, costs) $10 to $12 to $14 million. So I think initially those national PPP developers are going to be interested, but they’re going to say the projects are not large enough for us. So it’s going to create a void for the New Jersey entities to come together and deliver these projects.

RENJ: Do you see the typical private developer in New Jersey, who is building office or retail space, getting into this sector?

CS: They really have to have a fundamental shift in their business model before they go into that. I almost see it as more of the design firms like DMR and engineering firms that are in the public sector joining with general contractors that are in the public sector and bringing the financing piece to the table. I see that to be the team because, interestingly, the PPP law doesn’t say ‘developer.’ It just says ‘business entity,’ so it kind of leaves it open.

RENJ: So you don’t necessarily need a traditional developer to take the reins here.

Lloyd Rosenberg: You need the elements — you need the contractor and you need the money. So that’s what we’re doing. We’re putting that together.

RENJ: So in that scenario, it’s technically the architect and the contractor that own the property and are taking care of the properties for the duration of the agreement. Is that something that the architects and contractors are really accustomed to?

CS: (It’s a question of) whether or not their business starts to include that piece or is that another player in the mix? And that’s all going to be shaking out as the law develops.

RENJ: Have you started to have those conversations with banks?

LR: We have banks and institutions that have said, ‘Call me when you’re ready.’ So we’re getting ready.

CS: And it doesn’t necessarily have to be a bank or a financial institution. Depending on the size of the project and the type of project, just like the Opportunities Zones, it could just be a group of individuals that want to make a return. It could be corporate money sitting on the sidelines. … If you’re a manufacturer of gym floors, you’ve got a lot of cash on your balance sheet and a new gym needs to be done — well, why not be part of the team to finance that gym? You’re going to get your product installed, it helps your overall business, you’re going to make a return on the cash that was sitting on your books. So there are very creative ways to be able to finance this.

RENJ: Colleen, your background as a mayor must be especially helpful to both the firm and to prospective clients in the public sector. Can you elaborate on that?

Colleen Mahr: Working here gives us that unique perspective to bring to our clients and the municipalities. We’re under a 2 percent cap (as municipalities), so we are constantly getting pressured and our infrastructure is worn and tired. So we see a need to invest, but raising that capital or raising it through the tax levy or through taxation is a very difficult conversation to have. The PPP gives that confidence of where the number is going to be. You know the team is going to have a certain responsibility to do it and you’re going to get a product at the end that you had a lot of say in. So the timing, I think, is really good for this new industry to start and there’s a lot of interest, but first we’re going to educate.

This interview has been edited and condensed for clarity.

You might also like
One of the following
Leading the way in P3: DMR Positions Itself as Leader in Advocacy
Public Infrastructure Procurement: A Whole New Ball Game?
Municipalities and P3
Recent Posts
Recent News
Recent Press