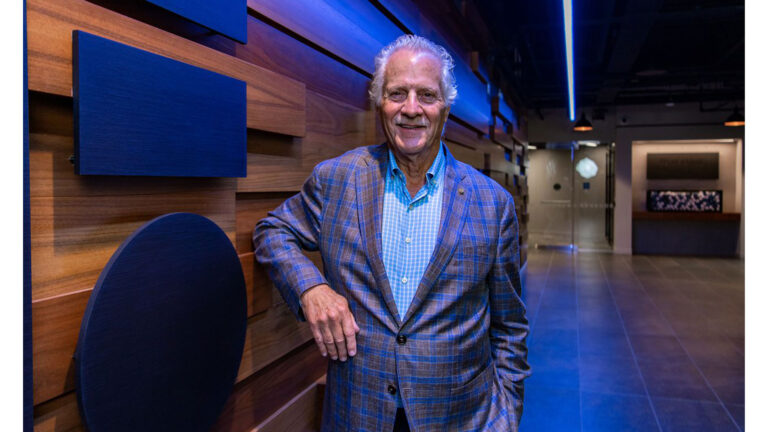 To get things done in N.J., he knows how to break all the rules

Redeveloping communities so they are livable, look nice and stay nice sounds easy.

But in New Jersey, a tangled maze of zoning codes can derail even the most modest projects, according to legendary architect Lloyd A. Rosenberg, whose work can be seen across the state.

Too often, Rosenberg said, out-of-date zoning laws devolve into a restrictive blanket of codes, historic districts and development zones. The patchwork means virtually all projects require an exemption, a process long used by opponents of development to stifle construction.

But two very different projects some 40 miles apart – Hackensack’s historic downtown and East Brunswick’s plan to create a town center – are experiencing a revival through skillful revision of their zoning codes.

Their success can be a lesson for others.

“They’re different, but they seek the same results,” said Rosenberg, who founded DMR Architects in Hasbrouck Heights 30 years ago. “The municipalities are looking for some type of town center. At one point, Hackensack had it and lost it. … East Brunswick didn’t have one, but we’re helping them plan something.”

Rosenberg’s firm helped write the land use plan for both towns. The vision relies on New Urbanism, high-density development that assumes people prefer to drive less and have the option to walk to take care of their ordinary daily needs – food, health, work, play and school.

East Brunswick Mayor Brad Cohen, who made building a town center a platform of his 2016 election campaign, said Covid-era hybrid work has only amplified the opportunities.

“The pandemic has people more accepting of hybrid work. So it makes sense to activate some of the retail that people feared would be empty during the day,” said Cohen, who is also a gynecological surgeon. “The architects have been very helpful in designing the redevelopment plan.”

East Brunswick’s plan calls for 700 residential units, retail outlets, a parking deck, parks, an ice skating rink, a theater, dog park and other amenities on 66 acres in the auto-centric town that ultimately will resemble the quant downtowns of Robbinsville and Metuchen, the mayor said.

“People bought into this because the properties were blighted. It was a strain on the community. The buildings are burnt out and there’s nobody in them,” Cohen said.

Unlike East Brunswick, downtown Hackensack, the Bergen County seat, is a one-time industrial powerhouse that had fallen on hard times in recent years.

“Hackensack never had a vision. What Lloyd and DMR said is you didn’t have development for 30 years because there were too many small properties,” said Francis Reiner, an urban planner at DMR Architects who works with Hackensack’s planning officials.

Reiner said the 39-acre downtown included almost 400 lots between 35 feet to 75 feet wide, too narrow to develop into multifamily apartments or condominiums.

So beginning in 2012, Hackensack offered property owners an incentive: land assemblages of 200 liner feet or greater could build as high as 14 stories tall instead of 6 stories high under the old zoning law.

In short order, 25 different partnerships submitted redevelopment plans. So far, Hackensack officials said the city has added 1,000 residential units, 1,500 more are under construction and another 3,500 are on the drawing board.

Outdated zoning codes tend to focus on design features – cornices, mullions, rooflines, massing and setbacks on new buildings. Frequently, those requirements are a convenient excuse for New Jersey towns and villages to keep everything the same.

And the buildings that do win approval often are more expensive because of delays in government approvals, low density and small square footage in the name of controlling traffic congestion.

To counter that inertia, the plans for East Brunswick and Hackensack included expedited approvals of redevelopment plans and building permits to prevent delays and hold down costs, Rosenberg said.

Then there’s the “third place,’’ a development concept encouraged in the master plan that says part of the community is neither at work nor home. Instead, that space is for people to meet and interact. That could be a park or a performing arts center.

Rosenberg, 78, does extensive work on public projects and has a reputation for his political connections and good bedside manner with clients.

His staff argues the odds are good most New Jersey residents have seen some of his work, which includes dozens of public buildings, the Secaucus NJ Transit rail station, Holy Name Medical Center in Teaneck, the NJ Vietnam Veterans’ Memorial in Holmdel and dozens of large residential developments.

That influence shows in the plans for Hackensack, where the rules for the gentrification of buildings call for variegated façades, receding rooflines, lots of glass and intersecting cubes in different colors and materials.

“Hackensack is on the way to be successful. There’s more restaurants coming, there is more foot traffic on main street,” Rosenberg said. “In two or three years, it should be bustling just based on the volume of the number of people living there.”

This article originally appeared in The Star Ledger.

Reflections on the First 30 Years of DMR Architects