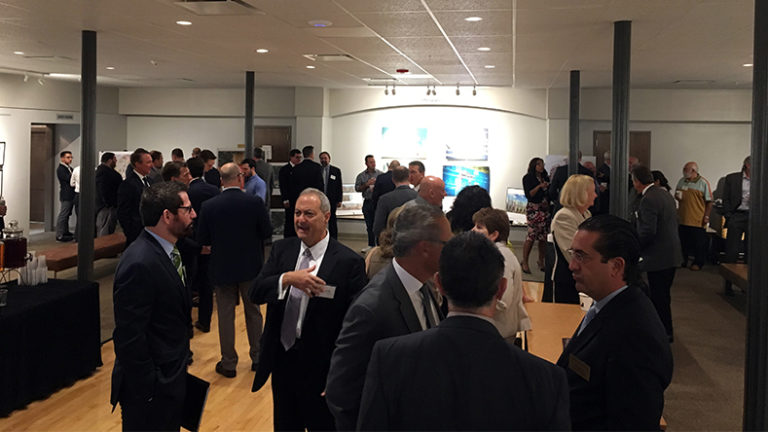 At the event, hosted by the City of Hackensack and the Performing Arts Center, developers were invited to continue to fulfill the vision outlined in the City of Hackensack’s Downtown Rehabilitation Plan, which includes improvements to transportation alternatives, parks and open spaces, retail, restaurants and biosciences.

“The success of the City’s revitalization efforts is based on the public and private sector’s ability to work together to create a vibrant mixed-use downtown,” Francis Reiner, partner with DMR Architects and Redevelopment Consultant for the City of Hackensack, stated.  “This was an opportunity for the City, and its partners to set new goals and a vision for the next eight to 10 years.”

The transformation of the City of Hackensack, which began in 2012 with the conversion of an underutilized parking lot into the Atlantic Street Park and the construction of adjacent Performing Arts Center, has advanced to include more than 20 redevelopment plans with more than 3,000 residential units with an estimated half billion dollars of private investments within and surrounding the downtown.

The City continues to implement its visions with the conversion of Main Street back to two way, which is set to be completed by the end of summer 2019.  These improvements will include new streetscape to go along with opening of several mixed-use projects on Main Street.

“The ideas that were set forth at the Summit by the City and the developers will help shape the future for the City,” Reiner stated.

Projects like Heritage Capital’s conversion of the former Bank of America Building, Russo Development‘s redevelopment of the former Record Site, HornRock/Russo’s redevelopment of Lot C adjacent to Foschini Park, as well as Claremont Companies’ and Waypoint Residential‘s projects on Main Street represent the next group of developments that are under construction to offer downtown living within the City.